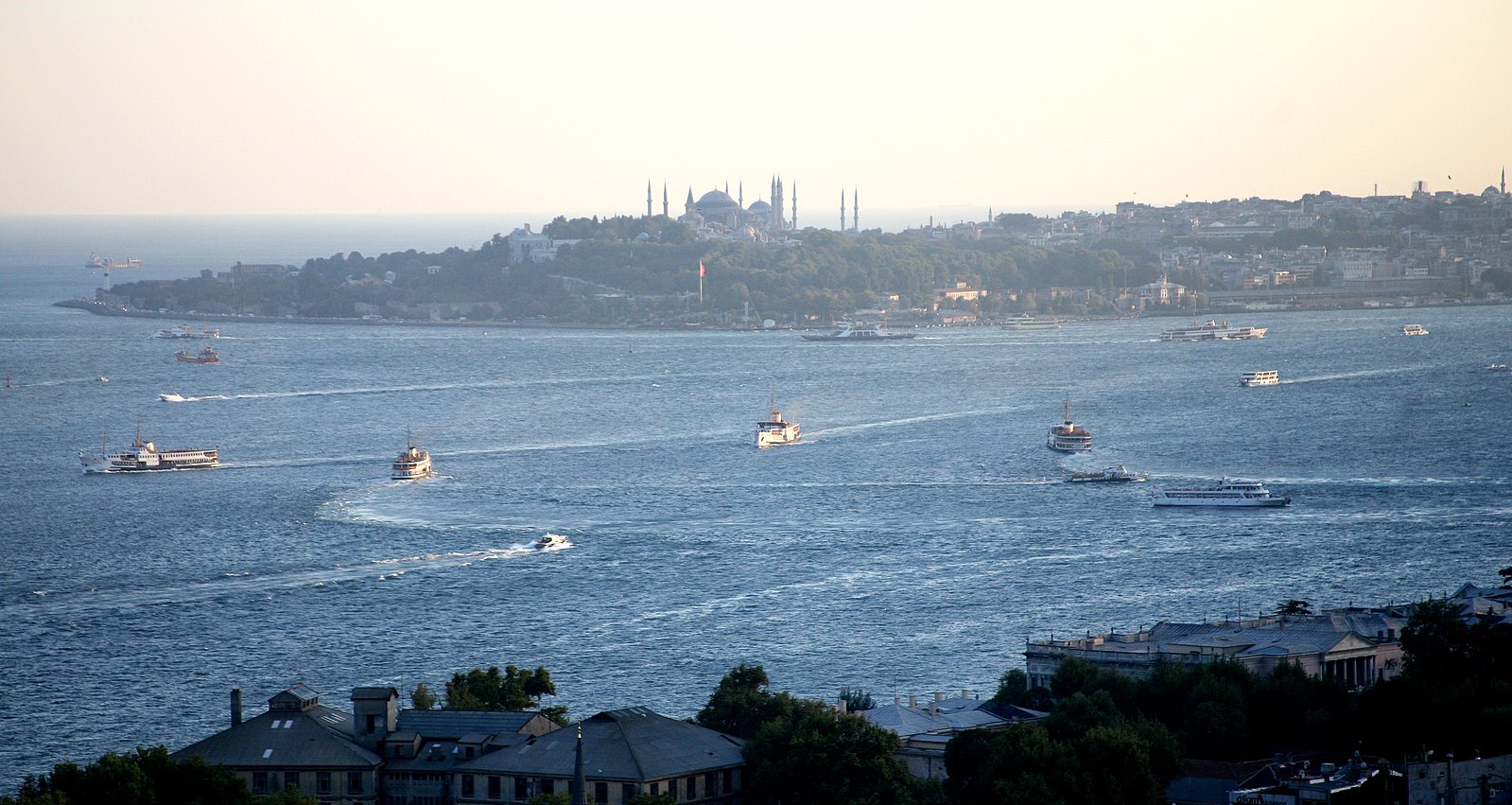 Are you looking for something special and extraordinary then look no further. here it is: Turkey

come and explore  Istanbul - Kusadasi - Ephesus - Pamukkale – Antalya, Konya & Cappadocia.  an exquisite tour for you with all the bells and whistles To have fun, travel around and mingle with new people, do not miss this gorgeous Tour

Turkish delight is a trip roaming the amazing Istanbul and its bustling bazaars, the limestone pools of Pamukkale and its extraordinary scenery and the limestone chimneys of Cappadocia.

Day 1 - Istanbul - Arrival Day
Meet at the airport Transfer to your hotel. You will be given your room key and the rest of the day is yours to explore Istanbul. Overnight in Istanbul. (D) 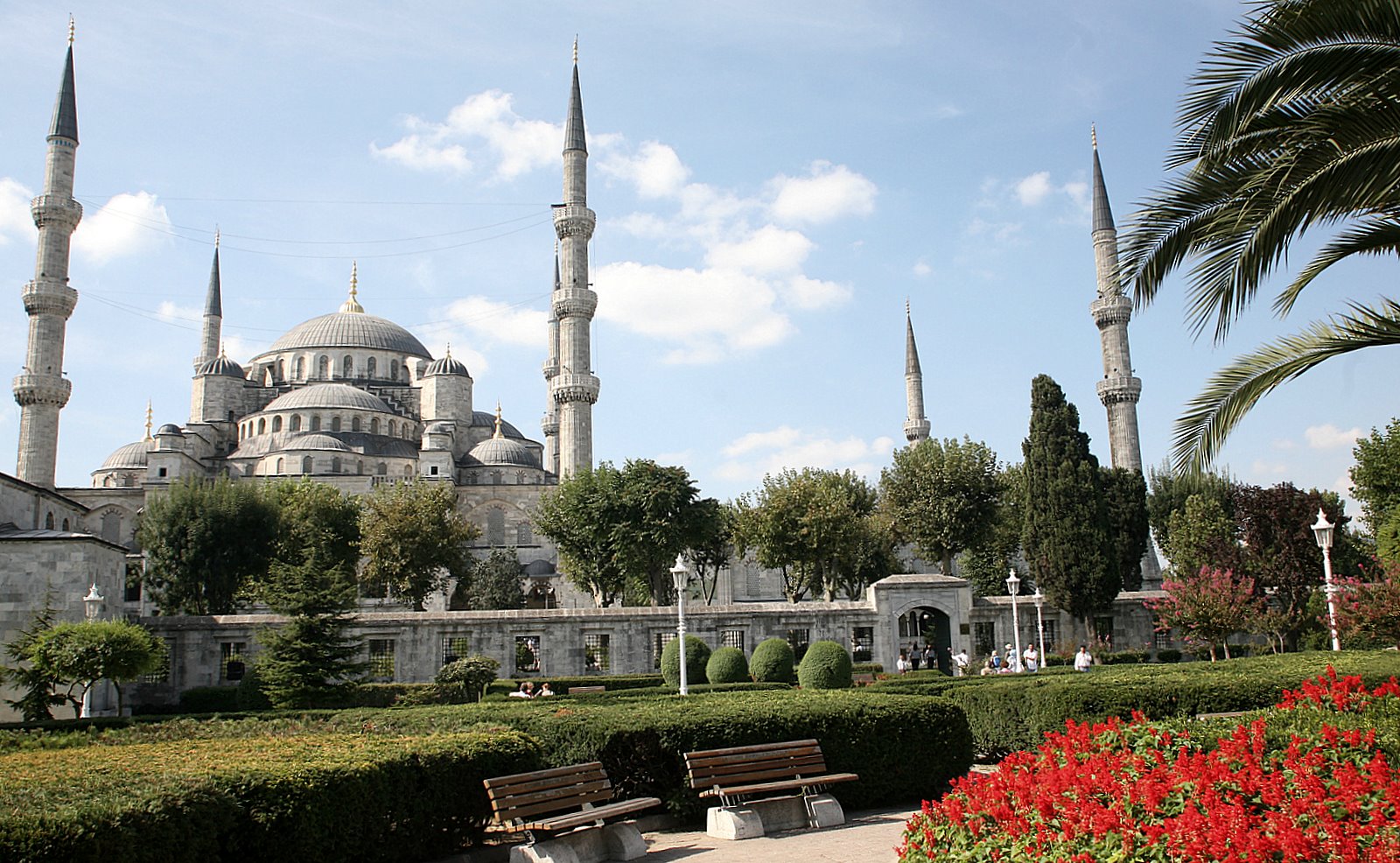 Day 2 - Istanbul City Tour
Pick up at 08:30 am from your hotel for a day tour of old Istanbul city.
Visit TOPKAPI PALACE The great palace of the Ottoman sultans from the 15th to the 19th centuries housing an exquisite collection of crystal, silver, and Chinese porcelain, robes worn by the sultans and their families, the famous jewels of the Imperial Treasury, miniatures, the Holy Mantle; enshrining relics of the Prophet Mohammed. SULTANAHMET IMPERIAL MOSQUE Across from St. Sophia built in the 16th century by the architect Mehmet, is known as the BLUE MOSQUE because of its magnificent interior decoration of blue Iznik tiles. HIPPODROME Ancient Hippodrome, the scene of chariot races, with the three monuments; the Obelisk of Theodosius, the bronze Serpentine Column and the Column of Constantine. Lunch break at 13:00pm after the lunch Tour guide will then take you to the GRAND COVERED BAZAAR in this labyrinth of streets and passages are more than 4,000 shops with each trade having its own area: the goldsmiths' street, the carpet sellers, Turkish arts and crafts, such as hand painted ceramic plates, hand-honed copperware, brassware and trays, water ewers, onyx-ware and meerschaum pipes. After the tour, transfer back to your hotel. Overnight in Istanbul.

Day 3 - Istanbul Bosporus Cruise and Flight to Izmir / Kusadasi
After breakfast depart for the Bosporus Cruise tour. Enjoy a magical Istanbul Bosporus Boat Cruise and Grand Spice Bazaar. Tour starting at 08:30. Enjoy the array of sites you can see from the boat including GRAND SPICE BAZAAR. BOSPHORUS BY BOAT a traditional excursion by boat along the waterway separating Europe and Asia. Lunch break at the Turkish restaurant. After the lunch depart for Istanbul Ataturk airport for domestic flight to Izmir. Transfer from airport and check in to your hotel in Kusadasi. Dinner and overnight in Kusadasi.

Day 4 - Kusadasi - Ephesus Tour - Turkish Village Sirince
08:30 Departure from hotel fully guided tour of Ephesus, one of the best-preserved ancient sites in the world en-route, visiting the Temple of Artemis, Curetes street, famous Roman baths, Celsius Library, Grand theatre and House of the Virgin Mary. Lunch break around 13:00 pm. After lunch, we will visit a place which continues to perform one of the oldest arts of Turkey; a carpet weaving centre. After Lunch, we will do a Turkish Village Tour. Sirince's construction style today belongs to Anatolian Greeks. The houses on the slope are all original with their white paints. Sirince Village also has a fantastic reputation for making some of the best wines in Turkey - especially fruit wines. We will visit the vineyards and it is time to learn how to make fruit wine with Turkish winemakers. In the evening you will be tested about your knowledge of making fruit wine. On the way we will visit one of the famous leather production centers of the region, where you will have the opportunity to get a good factory rate. After that, you will visit Textile. On this guided tour, you will avoid the constant nagging and sometimes bullying that is well known in the markets of Turkey. Enabling you to enjoy the shopping experience whilst gaining the knowledge of the ancient craftsmen Overnight in Kusadasi. 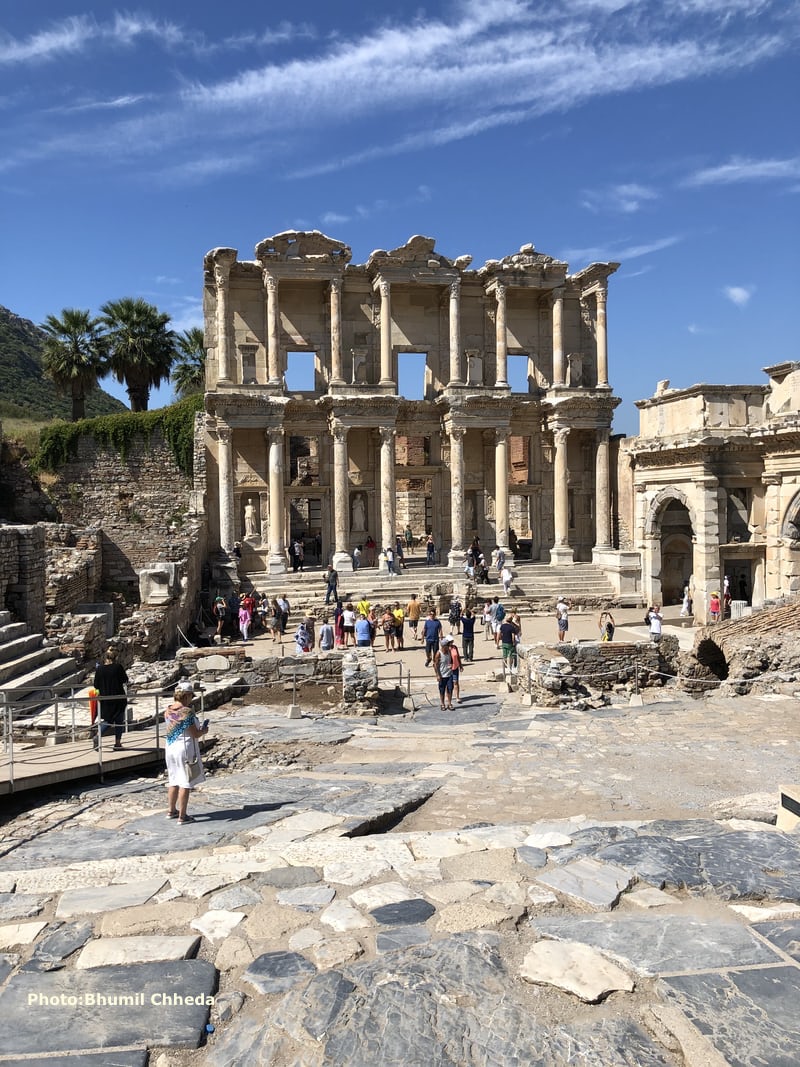 Day 5 - Kusadasi - Pamukkale Tour
At 08:30 we depart for Pamukkale. Afterwards, we shall visit the calcium terraces of Pamukkale (cotton castle) and the ruins of Hierapolis, then walk around this natural phenomenon and have the option of lying in the waters of the natural springs. After the tour transfer to the hotel for check-in. Overnight in Pamukkale 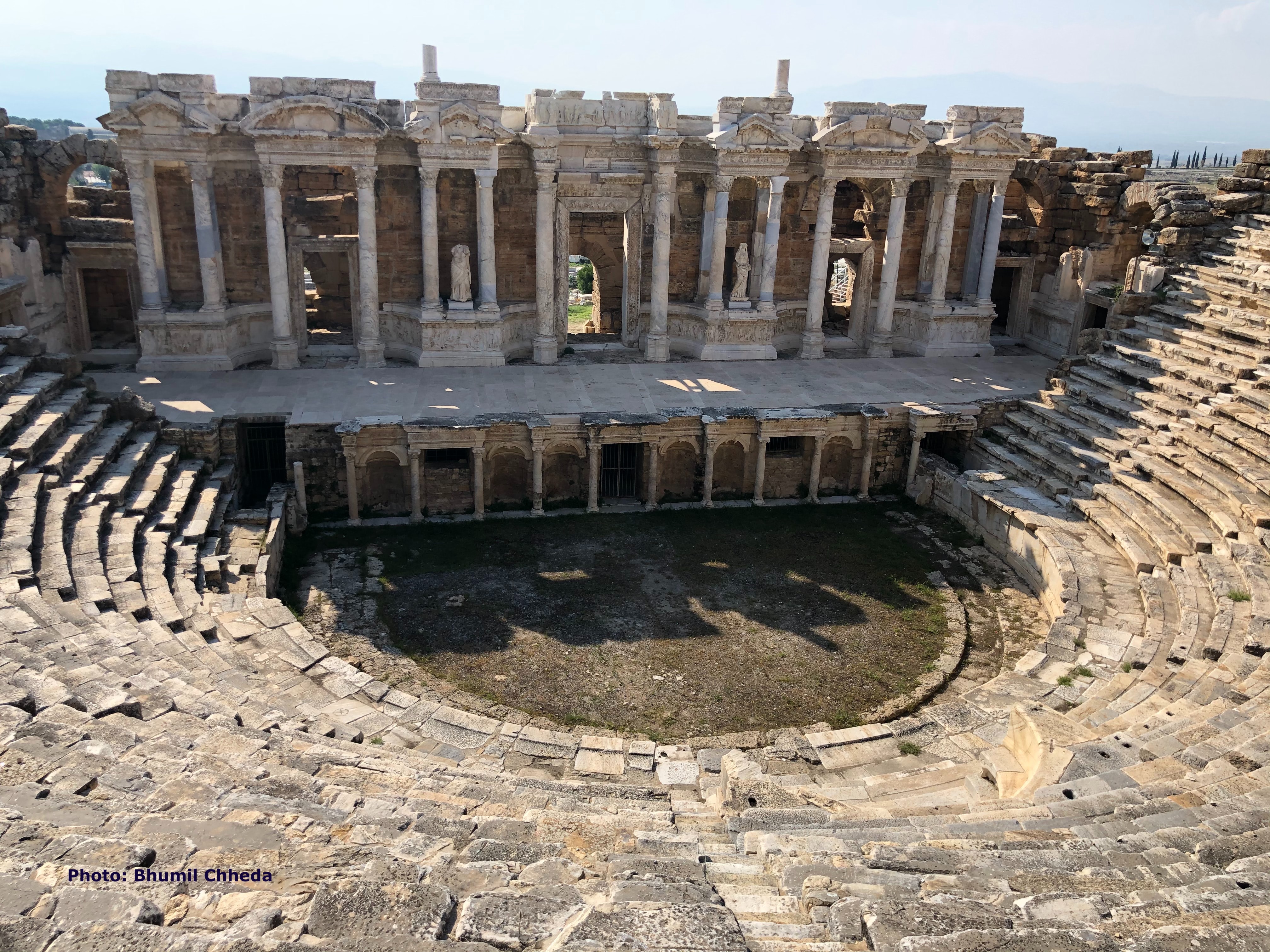 Day 6 - Pamukkale to Antalya
After breakfast, at 10:00m we depart for Antalya. After 2 hours we will have a coffee break, After the coffee break then continues to Antalya. Overnight in Antalya

Day 7 - Antalya Old City Tour and Waterfalls
After breakfast at 08:30 am drive to Antalya old City ( Kaleiçi ) Marina, Clock Tower, Hadrian's Gate, Broken Minaret, Hıdırlık Tower: Kaleici is a small historic part of Antalya’s modern city, also known as the Old City of Antalya. In history it was once the sprawling modern Roman town, then the Byzantine Empire, then Seljuks, and finally the Ottoman Turkish town. The Hadrian's Gate (or Hadrianus Gate or The Three Gates is a triumphal arch which was built in the name of the Roman emperor Hadrian. Antalya's broken wonder is the Broken Minaret of the Korkut Mosque, which itself was built originally as a Roman temple in the 2nd century AD, and thus did not have a minaret at all. Hıdırlık Tower is a landmark tower of tawny stone in Antalya, Turkey, where Kaleiçi meets Karaalioglu Park. It is believed to be built in Hellenistic era on a square plan and later turned into circular tower in 2nd century AD and was either used as a fortification or a lighthouse in the past. we have lunch than depart for Duden waterfalls. All the streams of the region aim at finding their way into the Mediterranean and they pour down the slopes of the Taurus, sometimes overland sometimes underground and reaching their destination, result in lovely waterfalls, of which there are more than twenty. After tour comes back to hotel and rest of day is yours. Overnight in Antalya.

Day 8 - Antalya - Konya – Cappadocia
After breakfast early in the morning at 08:00 drive to Konya. Once you reach Konya stop at a restaurant for lunch at 13:00 pm. After the lunch visit the imposing green-tiled Mausoleum of Mevlana, the mystic founder of the Sufi sect (Whirling Dervishes). After the Konya Mevlana tour drive to Cappadocia. Arrival to Cappadocia around 18:30pm and check into your hotel. If you wish to join our optional activity of Ballooning for tomorrow, please contact with your guide and register because it will take place early the next morning. Overnight in Cappadocia. 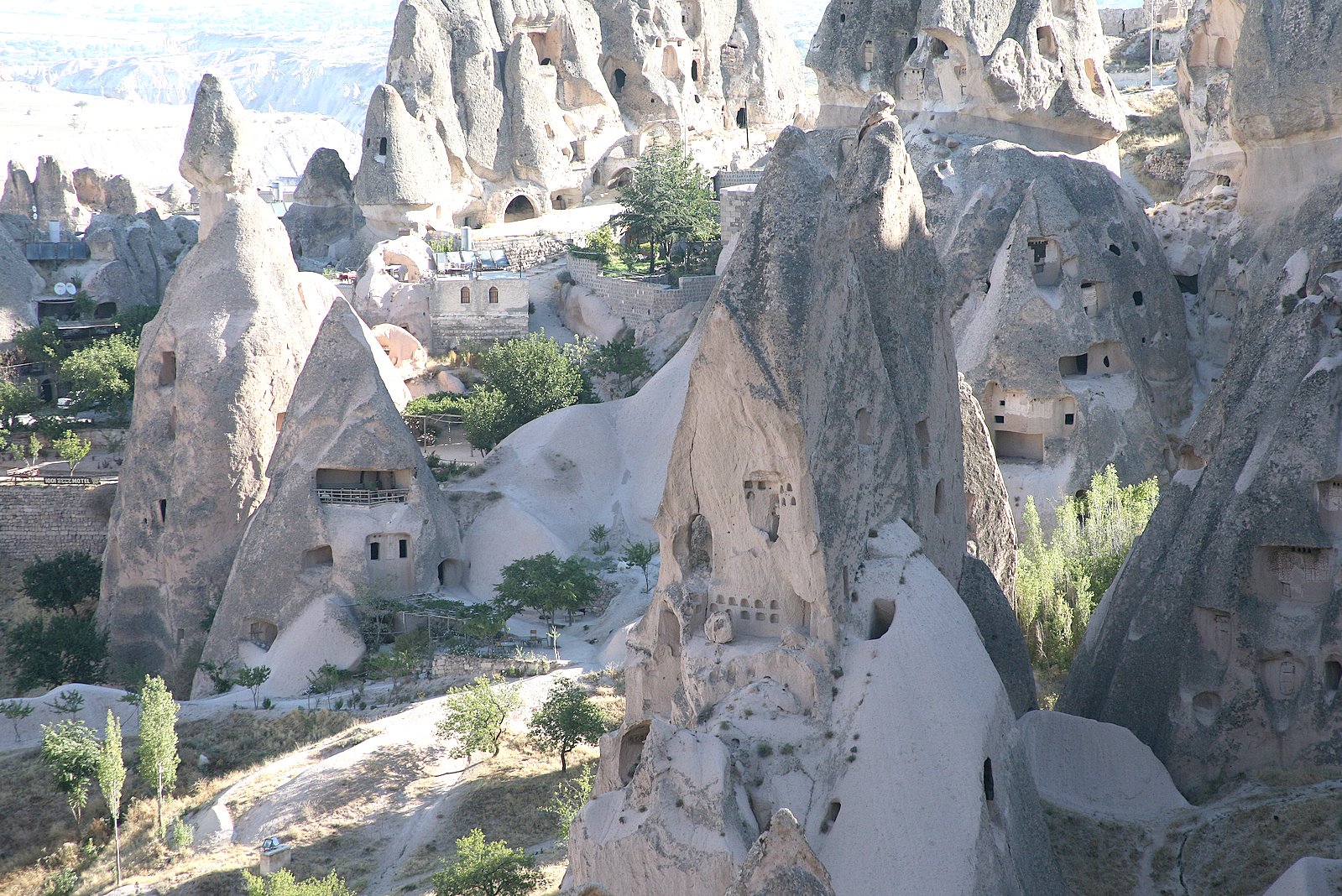 Day 9 - Cappadocia Tour with Underground City and Goreme Open Air Museum
You will be picked up approximately 09:30 We will drive you to Ozkonak Underground City, one of the best-preserved Underground cities in Cappadocia. Then visit to Uchisar Castle, the highest point of Cappadocia. After Uchisar, you visit Goreme Open Air Museum, the Heart of Cappadocia. Goreme Open Air Museum is famous for frescoes dating to the 10th century describing the life of Jesus Christ and monks. The next stop is Cavusin, which is an abandoned village with old cave Greek houses. After Cavusin you go to the restaurant in Avanos to have lunch. After lunch, you visit a pottery workshop, to see how to make potteries. Then you go Pasabagi where you can see three-headed fairy chimneys. After Pasabagi you visit another workshop to see Cappadocian handwoven carpets and kilims. The next stop is Devrent Valley, which is also called Imagination Valley, where you can see natural rock formations looking like animals. Then you head to a wine shop in Urgup for wine tasting. The last stop is Three Beauties, three beautiful fairy chimneys with their hats, which is the symbol of Cappadocia. This tour will end at approximately 18:00 and you will be returned back to your hotel. Overnight in Cappadocia.

Day 10 - Cappadocia to Istanbul - End of Tour
(Breakfast included)
After breakfast, you will have free time shopping in Cappadocia. Today we depart for Kayseri Airport for our domestic flight to Istanbul and then back home. We hope your tour was a memorable one and we would like to see you in the future in one of our tours again. Have a nice trip back home and thanks for choosing Road Finders.

Tour Does Not Include: