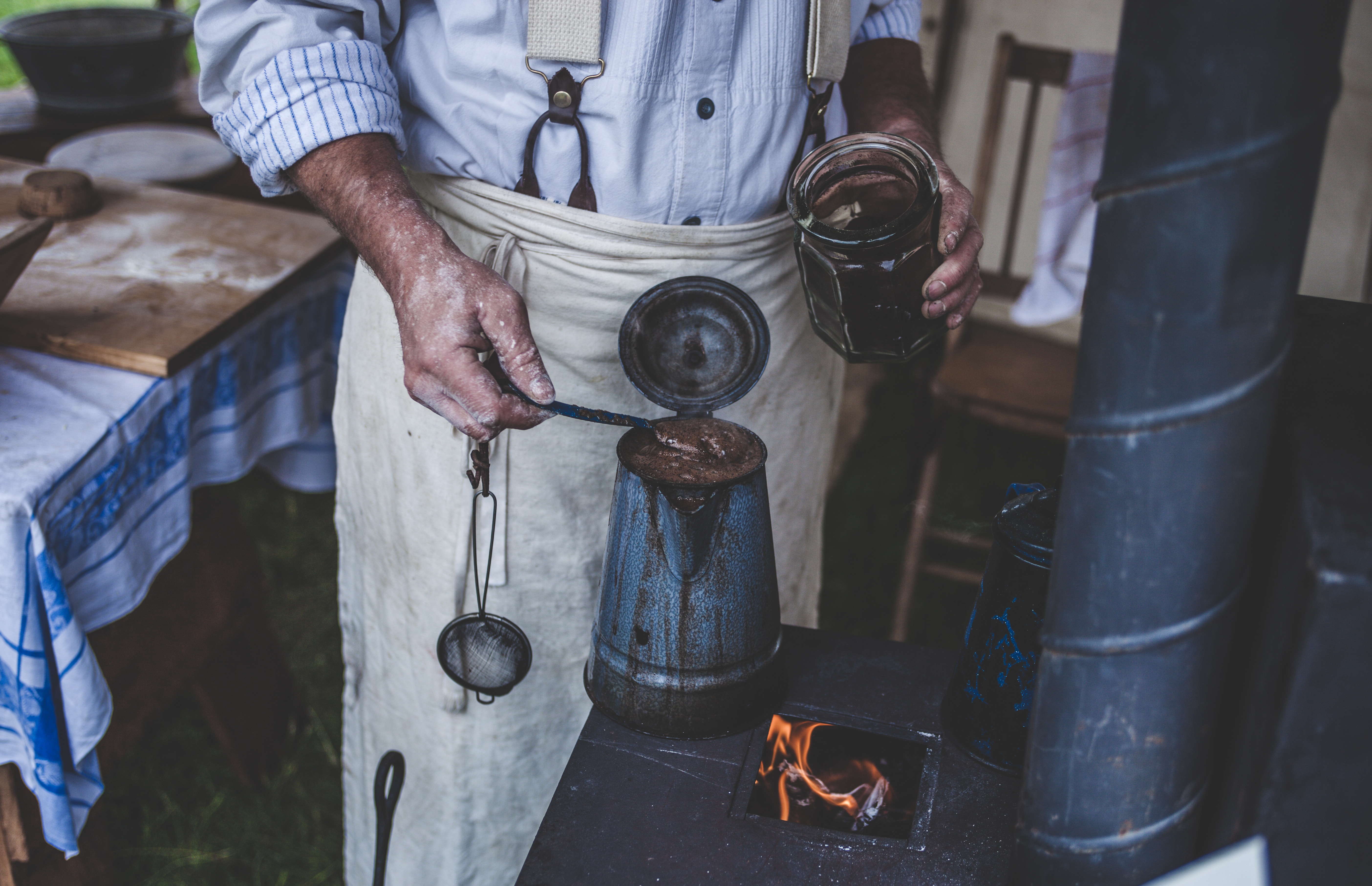 Day 01: Arrive Ashgabat (TURKMENISTAN)
Early morning arrival in Ashgabat from Istanbul by TK. Complete arrival formalities. Private transfer to the hotel Nusay or similar. Accommodation in the hotel.
Breakfast at hotel. Morning free at leisure. Lunch at local restaurant. We begin the sightseeing day with orientation tour of the city. We will see independence period parks and monuments, such as the Monument and Park of Independence (looking like a white-marble “Eiffel Tower” standing in a beautiful park) and a rocket-like Arch of Neutrality, beautiful Ertoghrul Gazie Mosque (reniniscent of the Blue Mosque in Istanbul), and the unusual “Palace of Happiness” (the official name for the Wedding Palace). Driving past other impressive buildings and monuments of Ashgabat  we will also visit the National Museum of History (TUE – day off) (more than 327.000 objects on a display) exhibiting exclusive ancient artefacts from different historical & archaeological sites of Turkmenistan, such as Old Nisa, Ancient Merv, Kunya-Urgench & others. Dinner at local restaurant. Overnight in the hotel.

Day 02: Ashgabat / Mary (Merv) / Ashgabat (Flight)
Early morning transfer to airport for flight to Mary (40 minutes by Boeing 717 or 737). On arrival in Mary, we drive east of Mary, towards Bayram-Ali, the contemporary re-incarnation of and humble suburb of the glorious Ancient Merv (UNESCO World Heritage Site). One of the major archaeological sites of Central Asia, Merv played an important part in the development of the Silk Road for more than 2000 years. Within the limits of the archaeological park, which is 1200 ha, we will have a chance to observe all constituent parts of the “wandering city”. A series of adjacent cities, which can be roughly divided into the ancient (Erk Kala and Gyaur Kala), the medieval (Sultan Kala with its suburbs), and post-medieval (Abdulla-Khan Kala and Bayram-Ali-Khan Kala), appeared in the course of time as a token of the natural progress of the city from initial stages of its existence to a more advanced level. Besides remnants of the cities of Merv, we will visit the VI-IX cc. AD forts of Big and Little Kyz-Kalas, excellent examples of the so-called corrugated Koshks; the splendid XII c. mausoleums of Sultan Sanjar and Muhammed ibn-Zeyd, demonstrating exquisite Seljuk period brickwork and architectural decor. If time permits, a possible visit to several more interesting spots within the site. After sightseeing, we head back to Mary for lunch at local restaurant. Then we visit Regional Mary Museum, presenting a wide array of archaeological finds (dating back to the III mill. BC through the late XIX century) from both Ancient Merv and Bronze Age sites of the Margush country as well as interesting ethnographic displays reconstructing the scenes of daily life of the Turkmen population and other minorities of the Murghab oasis. In the afternoon we fly back to Ashgabat (40 minutes by Boeing 717 or 737), from a newly built airport of Mary. On arrival in Ashgabat, transfer to hotel. Dinner and overnight in the hotel.

Day 03: Ashgabat
Breakfast at hotel. In the morning we head for the fortress of Old Nisa (UNESCO World Heritage Site), the earliest of Parthian Empire capitals. Located in an atmospheric area on an irregular pentagon hill, at the foot of the Kopet-Dag Mountains, Old Nisa is a beautiful landmark. 14 ha in size, the fort accommodates two semi-excavated complexes of Parthian period (III c. BC - III c. AD) structures, designated as royal residence and temple complex. Abandoned at the end of the Parthian period, Old Nisa conveyed its functions to New Nisa, another archaeological site located a couple of kilometres to the west of it, an important medieval Silk Road city. Then we drive to Geok-Depe (40 km) to see real pure-blood Akhal-Tekke horses at the Arkadash stud farm. On our way to the farm, we will pass by a former Tekke stronghold, which was the site of the biggest battle for the Russian domination in Central Asia in the late 19 c. The fortress is also a site of a beautiful Geok-Depe mosque, built in 1996 in honour of the fortress defenders. Lunch at the farm or local restaurant (subject to availability). On the farm, we have a chance to take a close look at the fabled “winged” horses. After excursion of the farm and

"photo session" with horses we return to Ashgabat. En-route make a sightseeing stop in Kipchak, to visit a complex of the biggest mosque in Turkmenistan (called “Turkmenbashi Spirituality Mosque”) and the family mausoleum of the first President. Overnight in the hotel.

Day 04: Ashgabat / Dashoguz (Flight) / Kunya Urgench / Nukus (Drive) (UZBEKISTAN)
Early morning transfer to the airport for the flight to Dashoguz (50 minutes by Boeing-717). On arrival we set off 100 km (1,5 hours) north-west, towards Kunya-Urgench (UNESCO World Heritage Site) – once a glorious capital of the medieval Khorezmshah Empire, the biggest Muslim empire of the late 12 - early 13 centuries. On arrival in Kunya-Urgench we will have a chance to take a close look at outstanding monuments of the medieval Khorezm. We will visit the 14 century mausoleum of Turabek Hanum, one of the best living examples of the architecture of its period; minaret of Kutlug Timur, a former highest minaret of Central Asia that used to form a part of the main cathedral mosque of the city; mausoleum of Sultan Tekesh, a beautiful 12 century mausoleum with one of the earliest portals of the east and a unique cone of a dome; Kyrk-Mollah mound, the fabled al-Mamun’s Academy of Sciences; and mausoleum of Il-Arslan, a tiny precursor of unique Khorezmian mausoleums with a pyramidal cone as its dome. Having finished sightseeing, we drive to the Hojeili to cross to Uzbekistan. Complete departure border formalities and transfer to Nukus.
On arrival to Hotel Jipek Joly. Dinner & overnight in the hotel.

Day 08: Bukhara
Full day sightseeing tour of Bukhara – we shall visit Lyabikhauz, the city pond and earnest place of local folks gathering over a cup of tea., madrassah Nadirkhon Devanbegi and later visit the Sarai to see the local handicrafts under the auspicious of UNDP, the first cupola, Mogaki Attari mosque – a mosque with traces of a fire temple, a Buddhist temple and the lately the mosque – worth seeing are decors with many regional influences. Later visit the second cupola – the covered bazaar known as tilpak frushan – the hat sellers market. Later visit madrassahs of Aziz Khan and Ulugbek and afterwards we shall see the grand minaret known as Poi Kalon and the Mosque nearby is one of grandest of pre-Mongol period monuments.
Lunch at local restaurant.
Afternoon visit Ark Fortress, the Balakhauz mosque, Ismail Samanid mausoleum, the Chasma Ayub (Job’s Spring)
Dinner & overnight in the hotel.

Day 11: Samarkand / Penjikent (Drive) (TAJIKISTAN)
Morning proceed to the border point outside Samarkand and after the border formalities proceed to Penjikent town – change of guide and vehicles!
Enroute we shall see visit Sarazm UNESCO site the oldest in the region.
On arrival transfer to Hotel Umariyon or similar. Lunch at local restaurant.
Later visit Rudaki Museum and the Penjikent site (2nd AD); if time permits visit local bazaar.
Dinner at local restaurant. Overnight in the hotel.

Transfer to airport for your departure flight to Tashkent.
On arrival transfer to Hotel International or similar.
Overnight in the hotel.

Day 14: arrive Almaty – Flight (KAZAKHSTAN)
Meeting at the airport with the guide. Transfer to the Hotel Kazzhol or similar. Accommodation and overnight.

Day 15: Almaty
In the morning we start Almaty sightseeing tour - we drive first to the famous Medeo Gorge – where the skating rink of Medeo to be seen and a Almaty protecting damb. After we return to the city and visit Central Museum (closed on Tuesdays) with Ethnographic and Archaeological departments and we will see the Independence Monument in Republic Square, the Abay State Opera and Ballet Theatre. Continue sightseeing tour at Panfilov’s Park with Zenkov’s Orthodox Cathedral, Great Patriotic War Memorial and Museum of Kazakh Folk Musical Instruments (closed on Mondays), Zelonniy Bazar (Green Bazaar) and end at the Central mosque. Overnight in a hotel.

Day 16: Almaty – Bishkek (Drive)
After breakfast check out from the hotel and transfer to Tamgaly petroglyphs.
You will have an excursion to Tamgaly petroglyphs – the unique concentration of rock carvings – the UNESCO World Heritage Site.
Later, drive to Bishkek. Crossing the border at Kordai check point. Border formalities.
Arrival in Bishkek. Accommodation and overnight in Hotel Plaza or similar.

Day 17: Bishkek
After the breakfast, we will have a city tour on foot: start is the “heart” of the capital – main Ala Too Square. We will look at Manas Monument, dedicated to the main national hero of the Kyrgyz people. We will pass Parlament House and go to Lenin Monument, come to President House. Tour goes through Open Air Gallery Kurmanzhan Datka Monument, Oak Park, Kyrgyz National Opera and Ballet Theatre, Victory Square and finishes at Eternal Flame.
Excursion to the Memorial Museum of M.V. Frunze or the Museum of Fine Arts. Visiting the museum will take about one hour.
One of unusual places in the Osh market (closed on Mondays), road there will take about half an hour. We will walk along colorful rows of fruits and vegetables, nuts and sweets, rows with pastries and grains, meat and cheese. This is a good opportunity for an interesting photo shoot.
Returning to the central area of the city, we will finish our city tour on Manas Avenue. There we can see Kyrgyz National Philharmonic, Kyrgyz National University, City Hall, and also one more statue of the famous epic poem’s hero - Manas.
Overnight in the hotel.

Day 18: Bishkek departure
In the morning after breakfast transfer to the airport for flight back home.
Assistance on departure