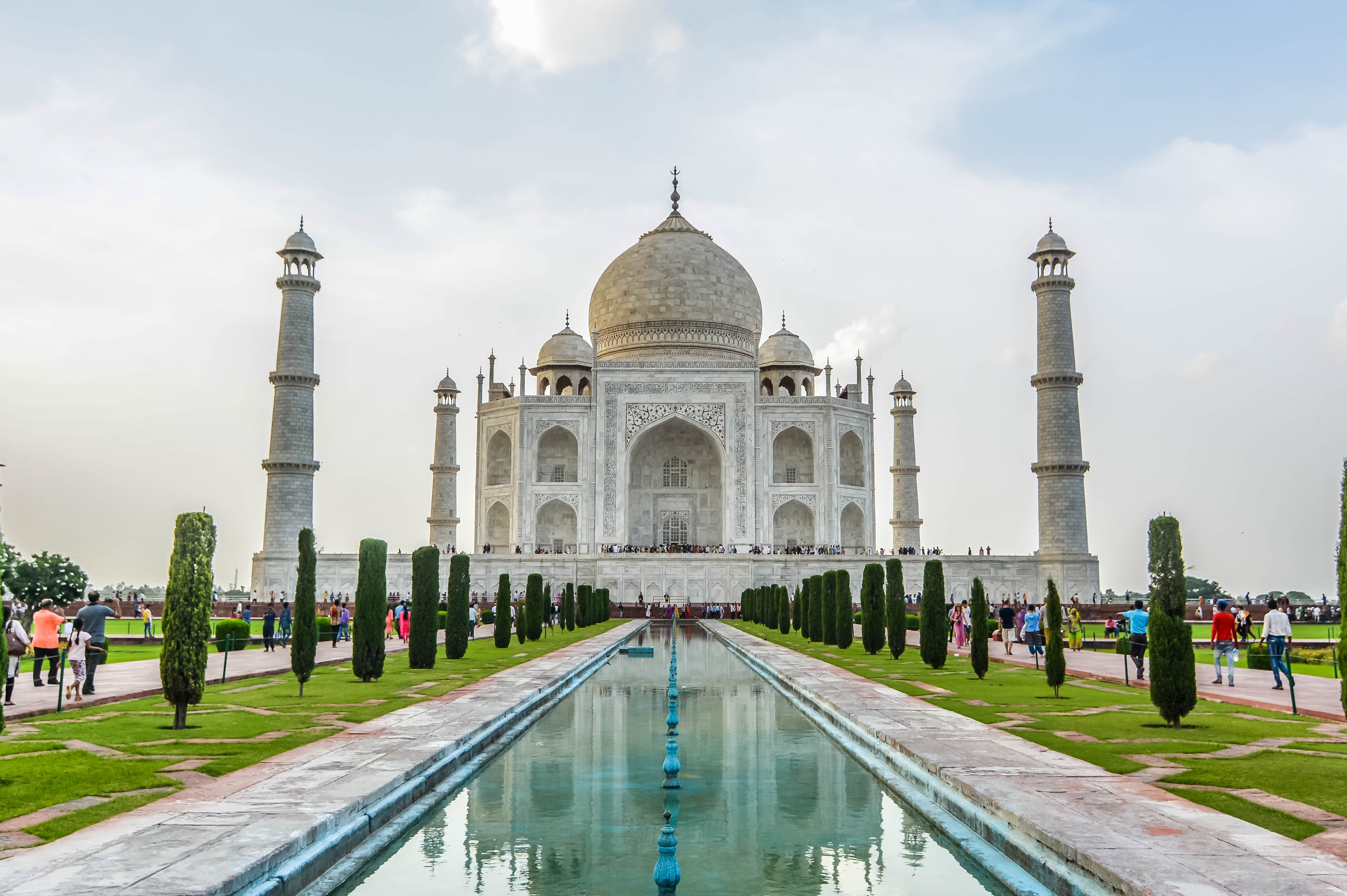 On your arrival in Delhi you will be transferred to your hotel.  Rest of the day free at the hotel.

Delhi has been inhabited from the 6th century BC has been the capital of many kingdoms. It has been destroyed and rebuilt many times and is called the "city of cities". Delhi's culture has been influenced by its different rulers and the city is full of beautiful monuments. The Mughal rulers influenced the food habits of the residents and Mughlai cuisine originated here. Due to the proximity of different states, all festivals are celebrated here. Old Delhi is a maze of small lanes lined and old buildings and New Delhi has a large road with huge buildings. Delhi is the capital of India and is the hub for politics. Overnight at the hotel.

Today you have a full-day tour of Delhi. Your morning tour starts with Old Delhi, built by the Mughal emperor Shah Jahan in 1639 AD. You will visit the Raj Ghat where the father of our nation Mahatma Gandhi was cremated. You will be visiting the museum that was built to commemorate him. You will be driven past the iconic Red Fort and Chandni Chowk, a very popular and busy market in Old Delhi. Later we will move to the next stop - Jama Masjid, one of the iconic, historic and largest mosques in India - built by Shah Jahan.

A short rickshaw ride in Chandni Chowk could be quite interesting as this part of the city is quite crowded as it is full of shops. These numerous shops sell delicious mouth-watering food, clothes, jewels, household goods, etc. and are virtually a shopper's paradise. 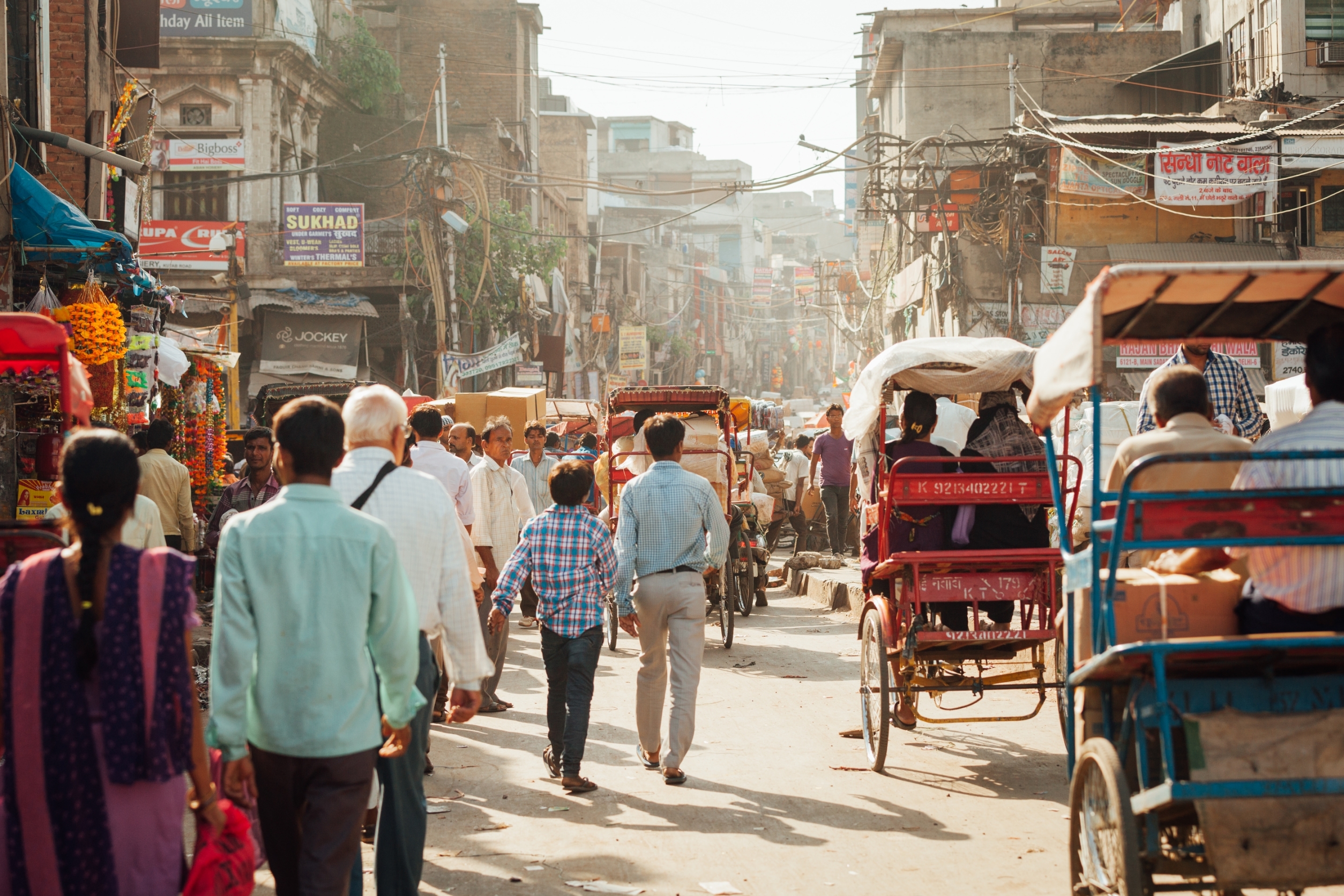 In the afternoon, you will visit Qutub Minar, touted as India’s largest Minaret. Qutub Minar, a UNESCO World Heritage Site, was built in 1192 by Turk ruler Qutub-Ud-Din Aibak. You will then move forward to Humayun’s tomb, yet another UNESCO world heritage site. Your next stop is India Gate, built-in memory of the Unknown Soldier. You will be driven past the Parliament House, President’s House and other Government Secretarial Buildings, to your final stop will be at Lakshminarayan Temple, a temple dedicated to Lakshmi and Lord Narayana. Overnight at the hotel. Breakfast& dinner at the hotel.

Drive to Agra. Agra the former capital of Hindustan is a city on the banks of the river Yamuna. Agra is a major tourist destination of India and a part of the Golden Triangle Tour along with Delhi and Jaipur. Agra is also known as Akbarabad went through its peak during the time of Mughals and was the capital of under the Mughal rulers Akbar, Jahangir and Shahjehan.

Afternoon visit Mehtabagh Garden & you can see the Taj Mahal from the backside.
Overnight at the hotel. 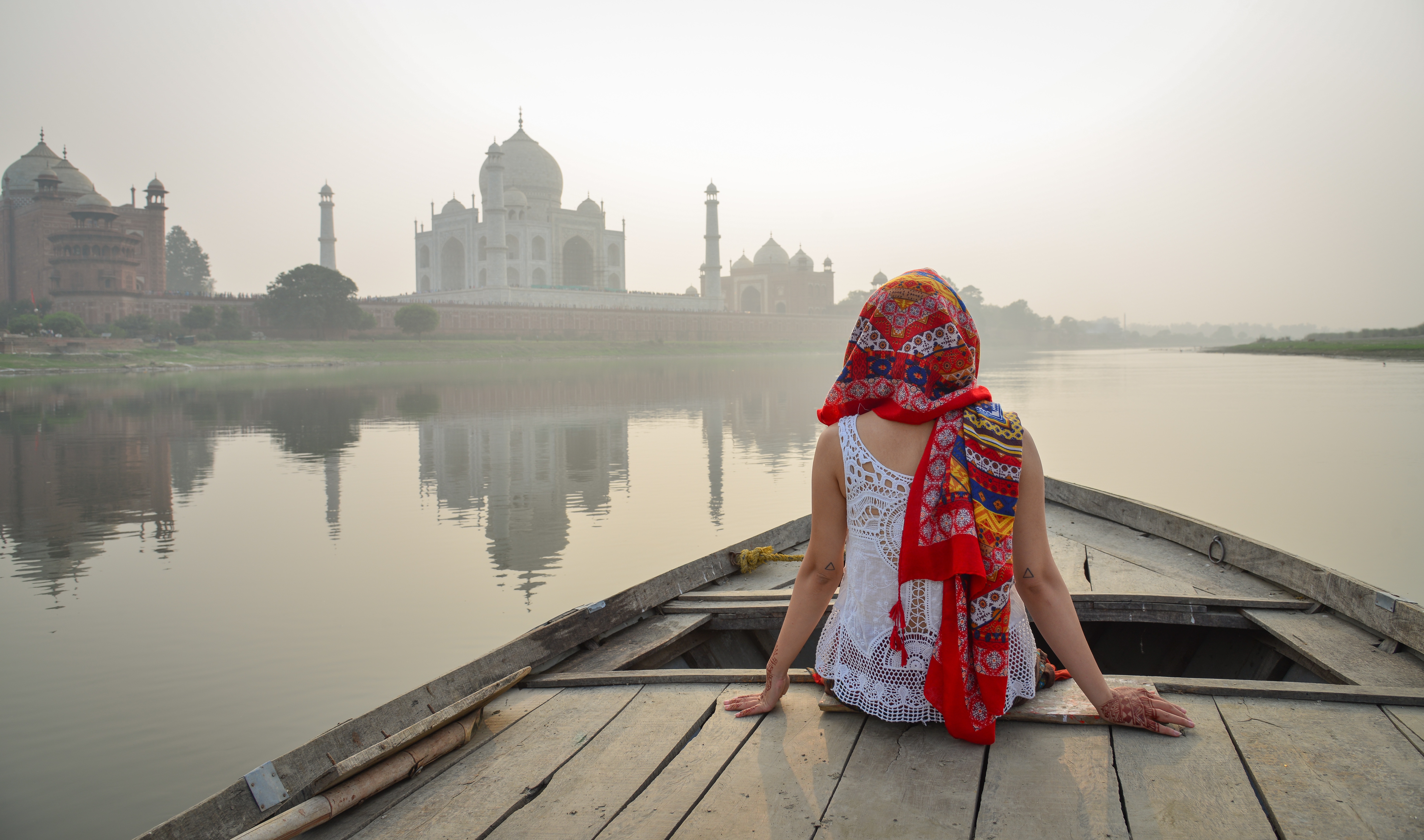 This morning during the visit Agra, you will be taken to Taj Mahal, one of the wonders of the world. This beautiful building is elegantly built with white marble by the Mughal Emperor Shah Jahan between the years 1631 to 1648 and it was built in the memory of his favourite beloved Queen Mumtaz Mahal. Standing majestically on banks of Yamuna River, this breathtaking, immensely beautiful monument is synonymous with romance and love.

Your next stop Agra Fort is a UNESCO World Heritage Site and known for its architectural structure and was built in the 16th century during the Mughal Empire. This place comprises of several fairy-tale palaces like Khas Mahal and Jahangir Palace. Over here you will also get a chance to see Diwan-e-Aam and Diwan-e-Khas, which are also known as a private audience hall and public audience hall. Agra is famous for its inlaid marble work and handicrafts.

NOTE: TAJ MAHAL IS CLOSED ON EVERY FRIDAYS FOR VISITORS.

Today you have the afternoon at leisure. Overnight at the hotel.

Breakfast & dinner at the hotel in Agra 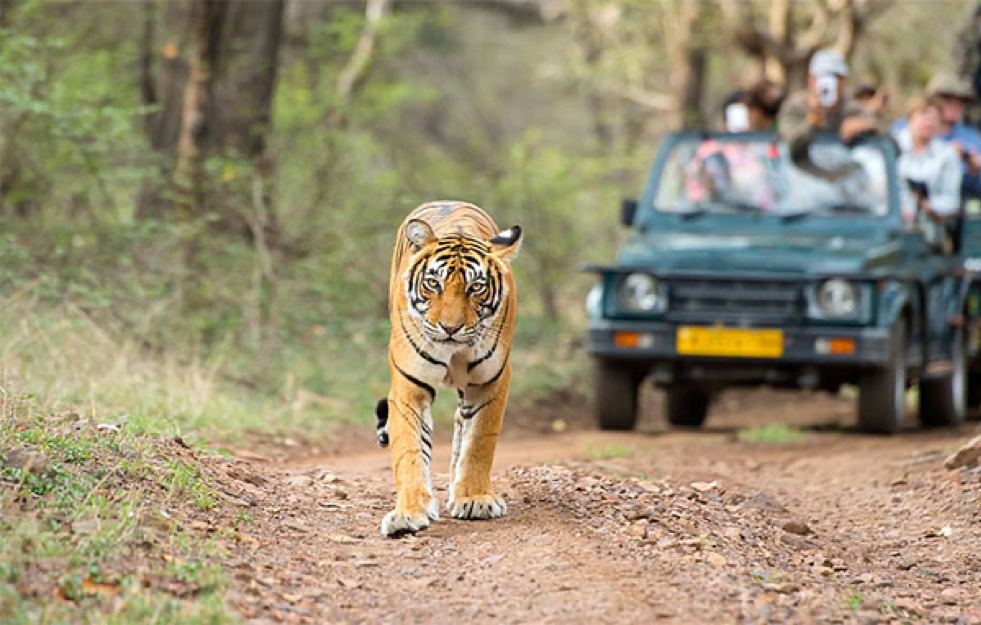 You will drive to Ranthambore visiting en route Fatehpur Sikri, built in the 16th century by Emperor Akbar. Fatehpur Sikri holds exceptional testimony to Mughal civilization and is one of the well-known UNESCO World heritage site of India and has various historical monuments. You will visit the Jama Masjid, followed by the Tomb of Salim Chishti, the five-storied Panch Mahal and Buland Darwaza a graceful monument and stupendous piece of beautiful architectures. It is central portico with a total of three arched entrances and is locally known as Horseshoe gate. You will visit the other graceful buildings of this place such as Ibadat Khana, Mariam-uz-Zamani’s palace, Naubat Khana and Birbal’s house.

Dinner at hotel in Ranthambore. 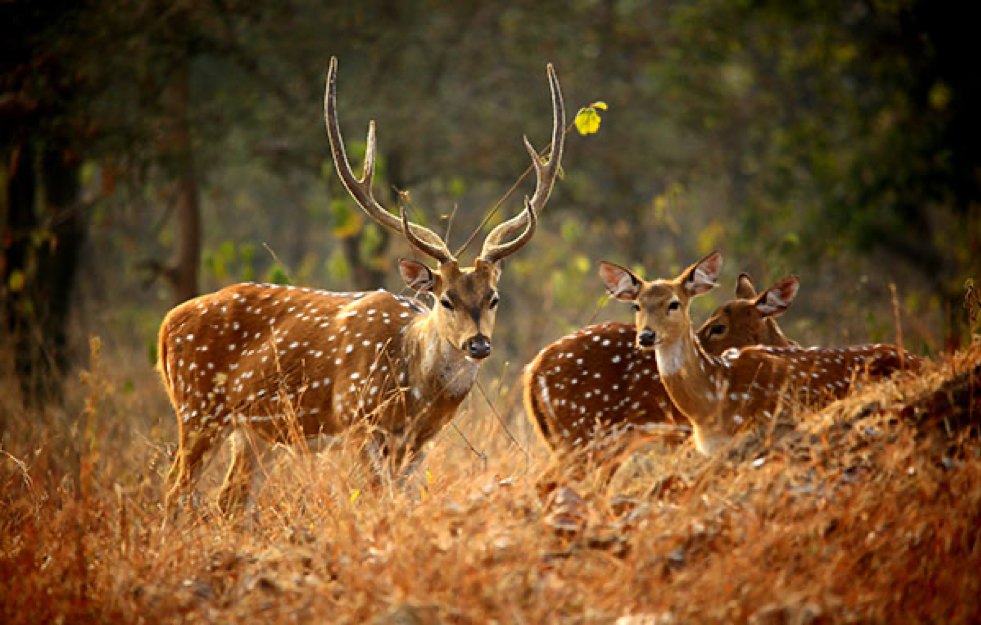 Morning and evening game drive by jeep safari on sharing basis with other tourists.

Note : 06 tourists will share one jeep with  English speaking naturalist along with the driver.

Note: Tiger sighting is totally on luck side.

Your morning and evening will be spent viewing the wildlife in the sanctuary. Ranthambore Game Sanctuary has a large variety of trees, plants, birds and reptiles. It has more than 270 species of birds and 500 species of plants. Padam Talao is the largest lake in the park and India’s second-largest banyan tree is near the lake. Due to environmental issues, very few vehicles are allowed in the jungles of Ranthambore and you have to book in advance. The two options you could get are open top canter vehicles with a capacity of 20 people or open top vans with a capacity of up to 6 people.  You could visit the 10 century AD Ranthambore Fort which is at a height of 700. The Fort houses temples of Ganesh, Shiva, Ramlalaji, Lord Sumatinath and Lord Sambhavanath.

Breakfast, lunch & dinner at the hotel in Ranthambore 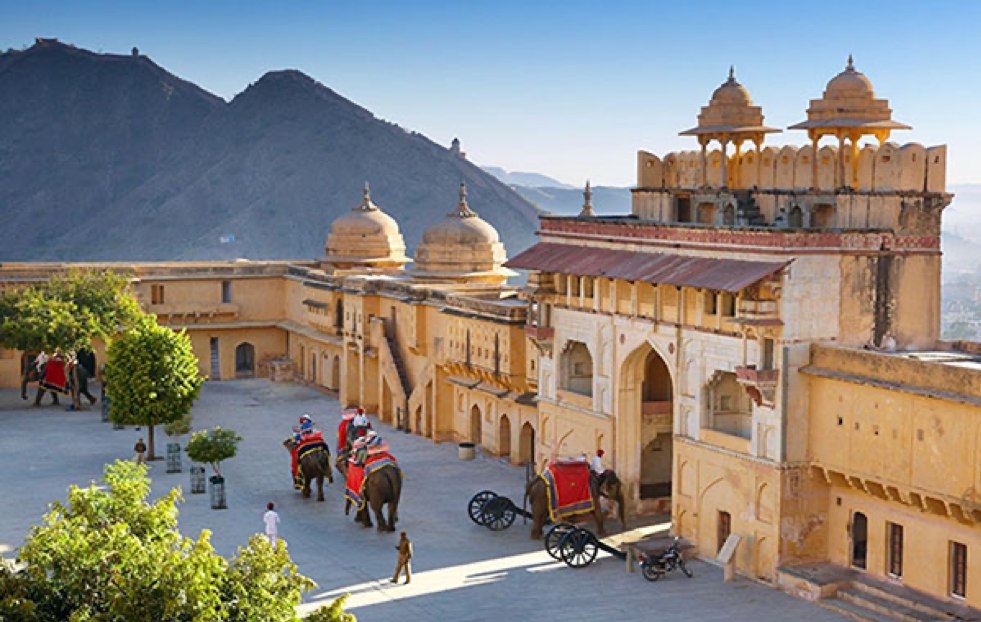 You will be transferred by road to Jaipur. Jaipur, the capital of Rajasthan gets its name from Maharaja Jai Singh who built this city. Many captivating palaces are present here having breathtaking design and architecture. In the 18th century Prince of Wales had visited Jaipur and the entire city was painted in pink color due to which this city is also known as the pink city. The origin of Jaipur goes back to more than 260 years.
You have the afternoon at leisure.
Breakfast at in Ranthambore.
Dinner at Jaipur hotel.

Today you have a full-day tour of Jaipur and Amer Fort. The morning journey starts from Amer fort also known as Amer Palace, the earlier capital of Jaipur.
You will be ascending (one way) the Amer Fort on an elephant's back ( one way )  on twin sharing basis & descend the fort by jeep rides.
This magnificent fort was constructed in red sand-stone and marble by Raja Man Singh and is divided into four sections each with a courtyard. The main entrance gate is Surajpol having a fascinating architecture. Near the Ganesh Gate, there is a temple dedicated to the Goddess Sila Devi. The Diwan-e-Aam - Hall of public audience, Diwan-e-Khas - hall of private audience, Sheesh Mahal - the palace of mirrors and Sukh Niwas are quite beautiful. At he Sukh Niwas, a pleasant climate is created by winds that blow over a water cascade. 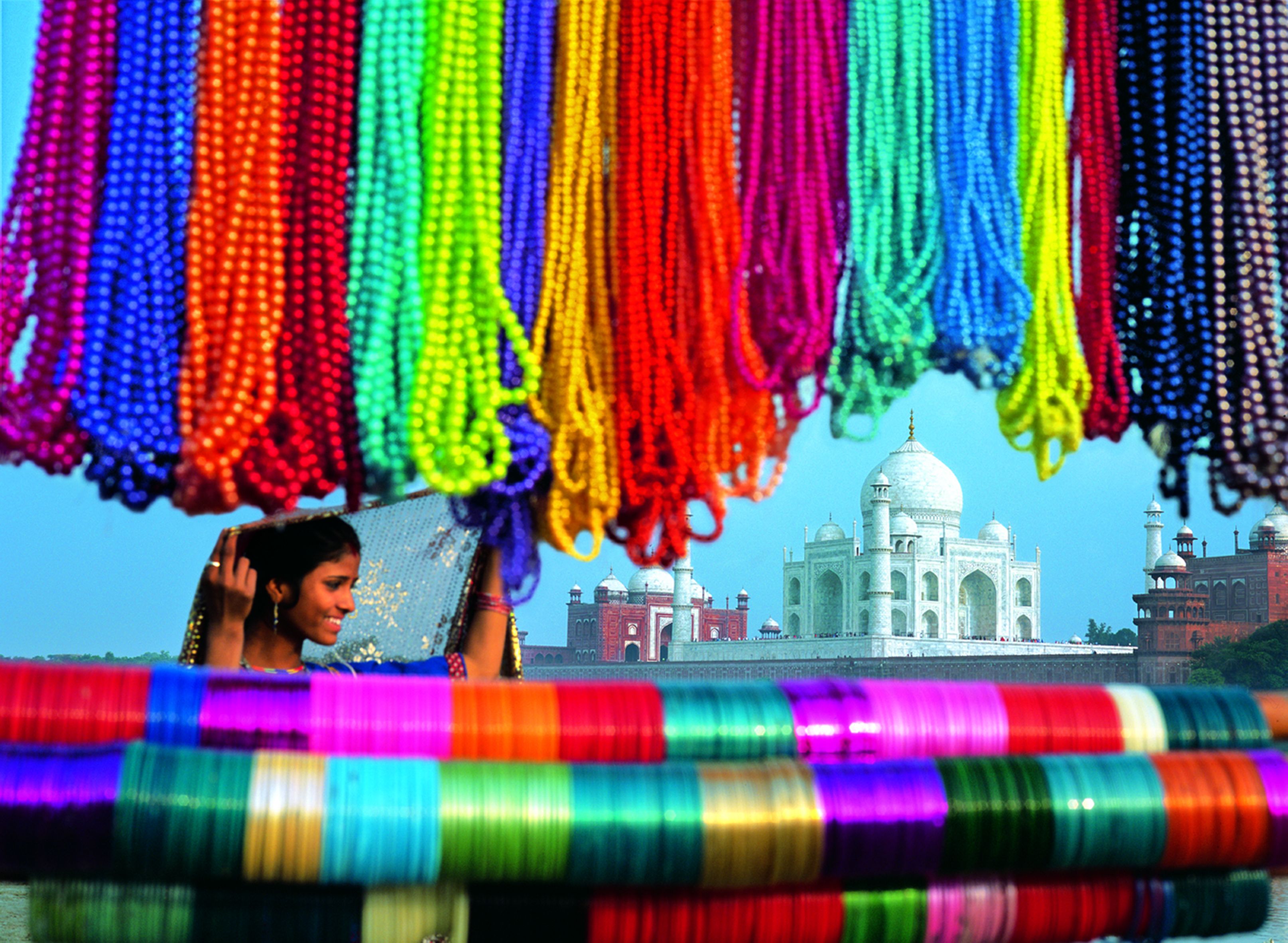 In Jaipur, you will be taken to Maharaja City Palace, a royal palace with seven-storey as well as Jantar Mantar, the observatory. This wonderful observatory is attracted by mathematicians as well as astronomers of the whole world. City palace is a perfect blend of all three excellent styles (Mughal, Rajput and European). Another palace, Hawa Mahal is popular all over the world for its magnificent architecture. You will be taken through the pink rose garden as well as business centers of Jaipur. A tour of Jaipur is not complete without shopping. Jaipur is famous for clothes, carpets, precious and semi-precious stones and jewelry and various handicrafts made of wood, metals, etc. and also for silk paintings and miniatures. Overnight at the hotel. 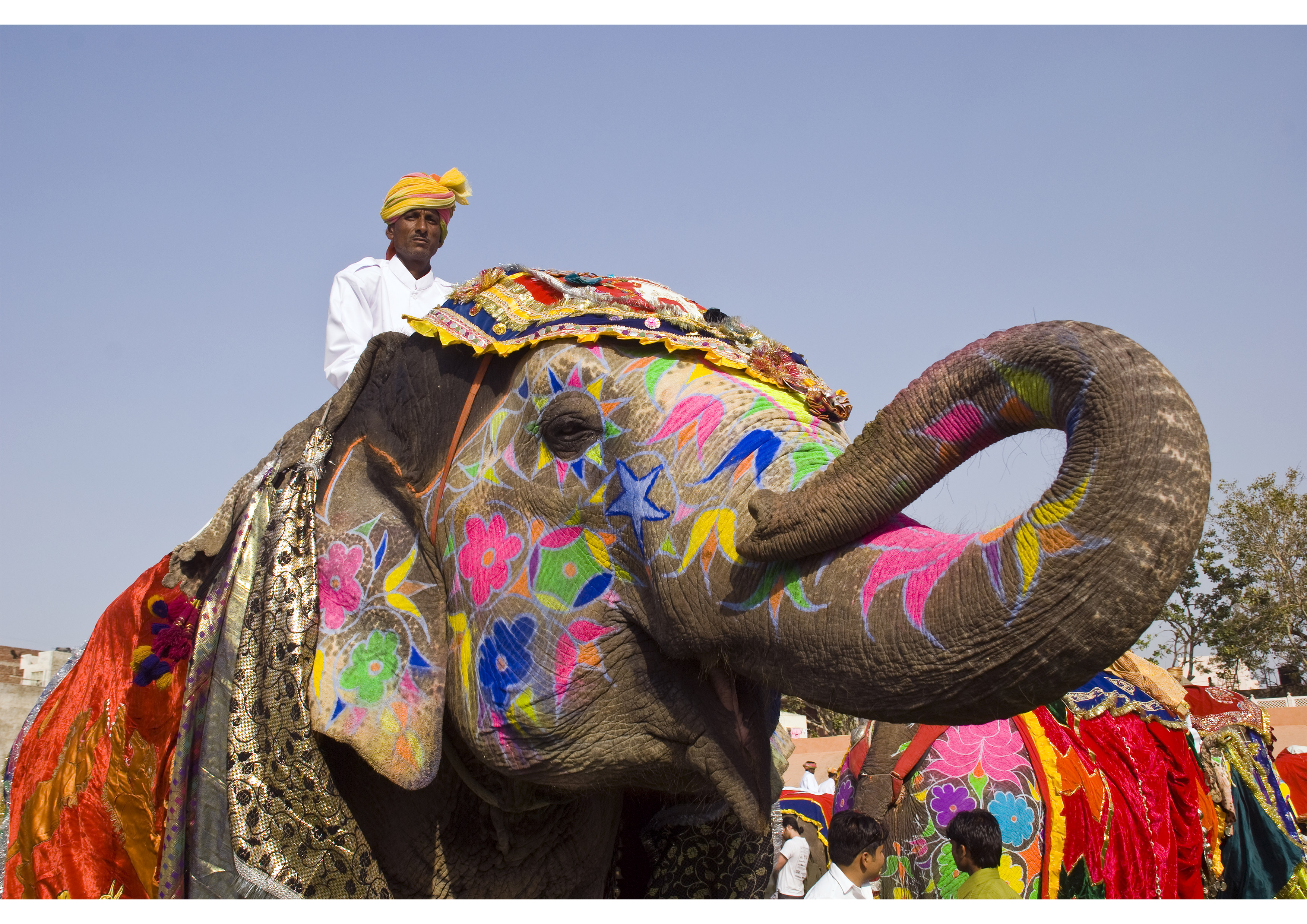 Day 09: Jaipur → Cochin Via Ahmedabad  by flight (the Same aircraft will fly to Cochin )

Kochi earlier known as Cochin is referred to as the Queen of the Arabian Sea. Kochi has remained the popular centre across the world for the trade of spices for the number of centuries. The name of the city comes from Malayalam term “Kochazhi” which actually means small lagoon. Kochi was put on the world map by Vasco-de-Gama. The Arabs, Portuguese, British, Dutch, all have left their impression on the history of Kochi. After Mumbai, Kochi is probably the second most important city on the west coast of India. Overnight at the hotel.

During the morning city tour of Kochi, you will be taken to some of the renowned spots of Kochi that will include the Portuguese churches, mosques and temples along with the Jewish synagogue.

You will be taken to watch the Chinese style fishing nets which are mostly seen in Kerala. It holds around 10m of height and consists of cantilever along with an outstretched net that is suspended in the sea and one huge stone suspended on other ends with ropes for the counterweights. Every installation of this fishing-net gets operated by a group of six fishermen. Checkout from the hotel at 1200 hrs.

Today you have the afternoon at leisure.

Evening Kathakali Dances show at Auditorium. Overnight at the hotel.

Today you will drive to Alleppey. Alappuzha gets its name from two words, Ala (broad) and Puzha (river). Alappuzha gets this name as it is between the broad Arabian Sea and a network of rivers flowing into it. When Lord Curzon the then Viceroy of India saw Alappuzha, he exclaimed “Here nature has spent up on the land her richest bounties” and called this place “Alleppey, the Venice of the East”. History traded ancient Greece and Romans even before Christ and also during the Middle Ages. Different religions mingled and built their churches, mosques and temples.

You will embark a houseboat which is quite an experience. Rest of the day free at Houseboat The Kerala backwaters are a network of large lakes linked by canals and fed by rivers. The backwaters are formed because of the waves and shore currents creating low barrier islands. Here you will board a houseboat in Kerala’s backwaters. The charm of staying a night in the houseboats known as kettuvallam in the backwaters is great. These boats were used to ferry the grain. Thatched roof covers provide protection from the sun and rain. The boats are like floating cottages with a sleeping area, toilets, dining area and a sit out on the deck. The food is cooked on board by the staff.  Overnight at the hotel.

Disembark houseboat after breakfast  & later you will drive to Kumarakom.  Rest of the day free at the hotel.

Kumarakom is on the shores of the freshwater Vembanad Lake and has a large variety of flora and fauna. Arundhati Roy's novel "The God of Small Things" which won the Booker Prize is set in Ayemenem village, near Kumarakom. Fruit like banana, mango, jackfruit pineapple, etc. grow here in abundance and the place is a lush green covered with paddy fields and coconut groves. The Kumarakom Bird Sanctuary is the home for many species of local as well as migratory birds. Kettuvallam boats are used for fishing and transporting goods.

Today you have the afternoon at leisure.  Overnight at the hotel.

Transfer to the airport. No Hotel. 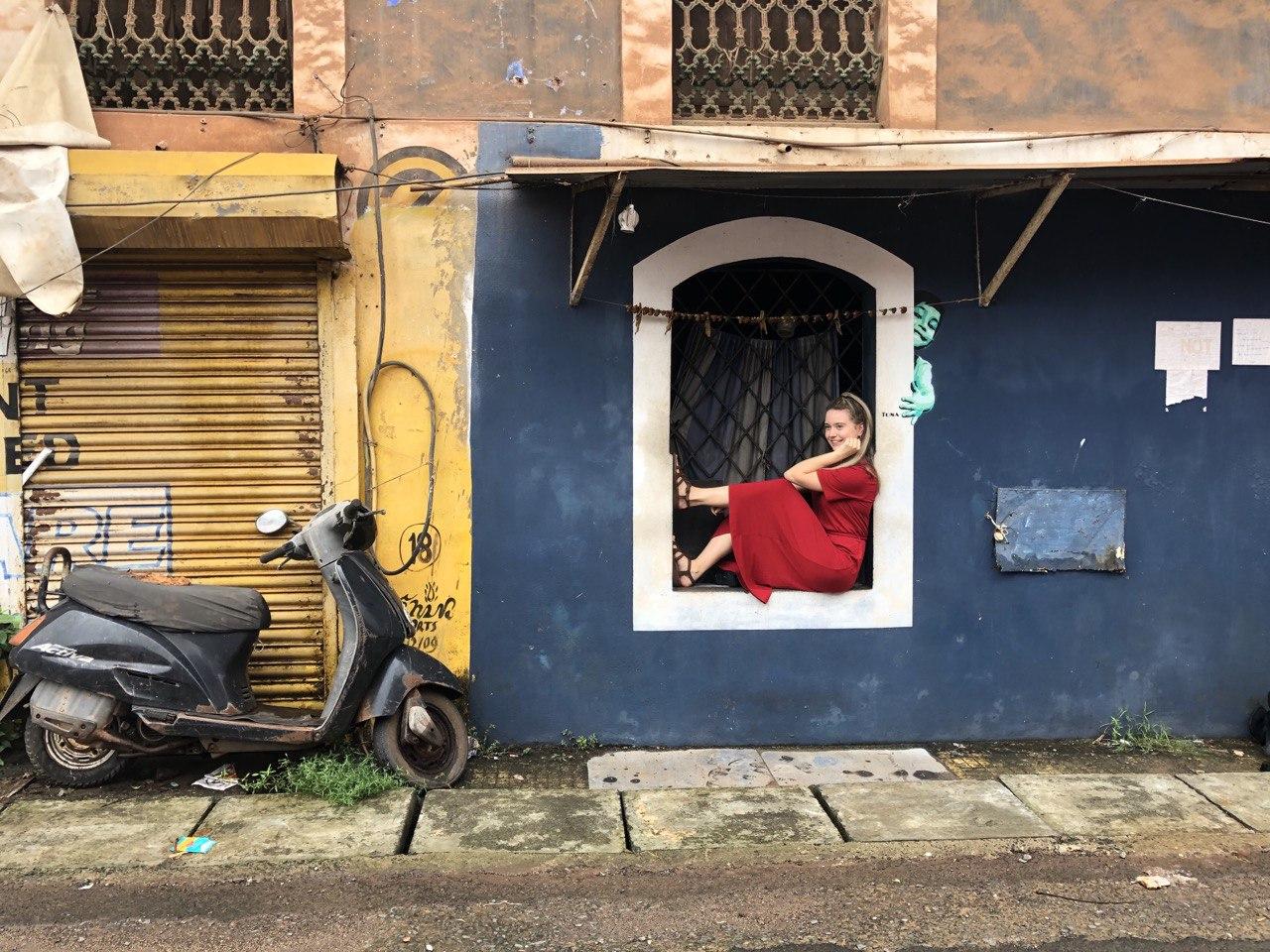 Cost does not include:

Things to know to go ahead...

India e Tourist Visa can be applied online, Check this website to apply